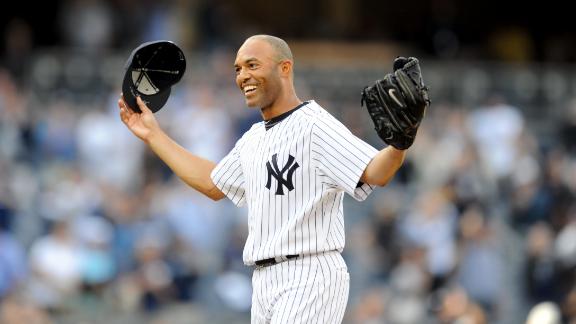 Mariano Rivera and Alex Rodriguez were considered two of the greatest baseball players of their generation. Both inspired millions of fans with their historic feats on what appeared to be the fast track to Cooperstown. Yet, the juxtaposition of their final days in Pinstripes is startling.

Rodriguez signed the richest contract in baseball history after winning his third MVP award in 2007 and was heralded as the star who would restore honor to the tarnished home run record. Now, he is a pariah in the game he loves. Yesterday, MLB suspended Rodriguez for 211 games for repeated violations of the league’s drug policy, and the Yankees, who are desperate for production from the third base spot are doing everything in their power to keep him off the field.

Meanwhile, Mariano is being showered with applause and gifts in stadiums across the country (A rocking chair made of broken bats from the Minnesota Twins was particularly creative) during his farewell tour.

Rivera received a rousing ovation during his final All-Star at Citi Field, and a couple of weeks ago, broadcaster Kenny Albert tweeted that the Yankee closer even received the royal treatment in Boston.

Just witnessed great scene in a Boston steakhouse. An ovation for Mariano Rivera from entire restaurant. In Boston! @MLBONFOX #Yankees

Countless articles have been written about Rivera’s dominance and grace on the field and his humility off of it. His thoughtful and generous meetings with fans and behind-the-scenes employees of every team have been well-documented.

By all accounts, Rivera is worthy of the praise. Some of the statistics from his sensational 19-year career are staggering. Mo rode one pitch, a cut fastball, to 643 saves (and counting) and a 1.002 WHIP, the lowest for a pitcher with a minimum of 1,000 innings since Eddie Walsh, who retired in 1917. His postseason numbers are even more impressive: 42 saves and a 0.70 ERA in 140 innings.

As several writers have noted, it is apropos that the estimable Rivera will be the last player to wear Jackie Robinson’s No. 42. He has been an excellent ambassador for an increasingly Latino sport, marred by the oversized egos and bodies of a never-ending drug scandal.

Yet, the cumulative effect of so many reverential tributes has created a shared cultural image of Rivera as a saint-like figure. Instead of tempering such deification, the dramatic falls from grace of megastars like Rodriguez appear to have the opposite effect, making Mariano look more sanctified in contrast.

Rodriguez has been so vilified in the press that it is easy to forget that there was a time when the #13 was the most popular jersey in the stands at Yankee Stadium. Countless current major leaguers have listed A-Rod as one of their heroes growing up, and many, including Yankees All-Star second baseman Robinson Cano, viewed him as a mentor.

Rodriguez may have never achieved the universal acclaim of Rivera, though history provides plenty of examples who have. Joe DiMaggio’s image as a debonair gentleman, in addition to a flawless ballplayer, was later used by Simon Garfunkel to evoke a collective sense of nostalgia for a simpler time. It was not until after the Yankee Clipper’s death that he was revealed to be extremely self-centered and notoriously vane. His successor in centerfield at Yankee Stadium and in baseball lore, Mickey Mantle, was an alcoholic womanizer.

During the 1970s, Pete Rose, AKA “Charlie Hustle,” epitomized the way baseball should be played. A decade later, he was banned from the game for life. Baseball fans were unaware that Kirby Puckett, one of the most popular players of his generation, had an extensive history of violence towards women. More recently, the steroid era has swallowed up the reputations of several of our children’s heroes, including of course, Rodriguez. 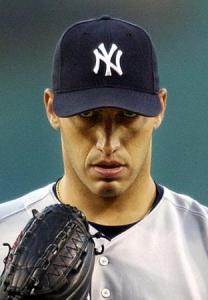 Consider two of Rivera’s teammates from the great Yankee teams of the late 1990s: Andy Pettitte and Tino Martinez. Both were respected as honorable, hard-working teammates. Pettitte admitted in 2007 that he had used human growth hormones, and Martinez recently resigned as the Miami Marlins hitting coach amid accusations that he verbally, and in one case physically, abused players.

Of course, such falls from grace are not limited to baseball. O.J. Simpson was one of the first African-American athletes to achieve crossover appeal. And if there was an American athlete who was held in higher esteem than Rivera during the past decade it was Lance Armstrong.

Social media has created the impression that we know more about our heroes than ever before. Yet, as evidenced by the steady flow of celebrity scandals, the information we receive is only part of the story and often misleading. We see what athletes allow us to see. Some are better at creating an alter ego than others.

I recognize that we need heroes, and it is inevitable that as the world becomes more interdependent, children will continue to turn from their families and local authority figures to national and international communities to find them. But there is a difference between admiration and idolatry.

Mariano has displayed many honorable qualities during his illustrious career. His consistent excellence, unflappable demeanor, and dedication to his craft, are worth emulating, regardless of one’s profession; and he has set a positive example for our youth through his humility and respect for others.

Let’s celebrate Rivera and his accomplishments, while keeping them in perspective. Mariano appears to be a great man, though just a man.