The Washington Bullets/Wizards have been a dismal franchise for the past thirty years (currently 9-30 this season) though at least in the 1980’s they were entertaining. Here’s a shot of the tallest and shortest players ever to play in the NBA when they were teammates with the Bullets during the ’87-’88 season, 7’7” Manute Bol and 5’3” Muggsy Bogues. 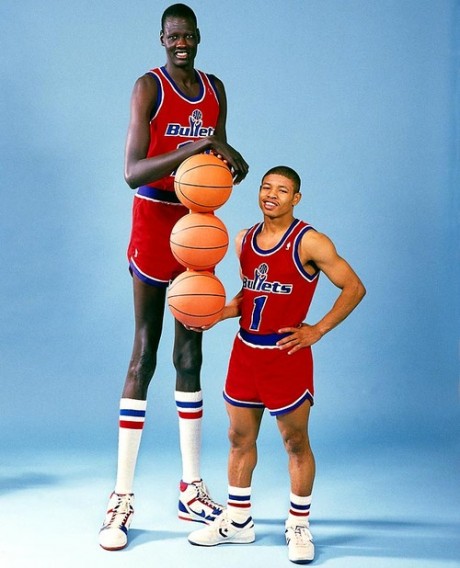 These are a couple shots of Manute with 5’7” 1986 Slam Dunk Contest Champion Spud Webb. 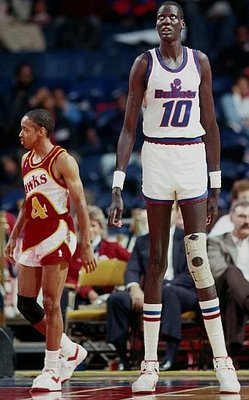 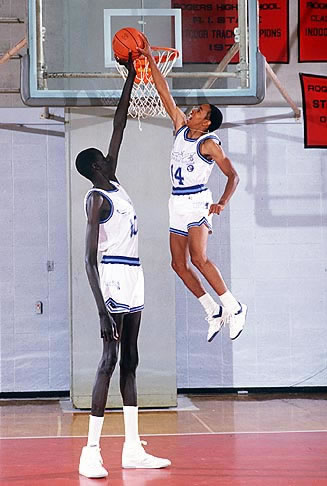 One thought on “Manute, Muggsy and Spud”