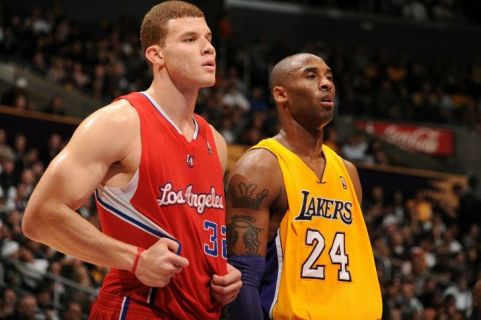 For decades the Los Angeles Clippers have been the laughing stock of the NBA, the red-headed step-brother to a Lakers franchise which has dominated the league with a flare that captures the glitz and glamor of Tinseltown.

The Clippers have made the playoffs just twice since moving to L.A. in 1984. Their notoriously stingy owner Donald Sterling routinely allowed his best players to walk, bungled draft picks and failed to attract any star power to the media capital of the world. Meanwhile, the Lakers won eight NBA championships during that period on the backs of superstars so big they only need one name, Kareem, Magic, Shaq and Kobe.

So when the NBA lockout finally concluded last week and two of the league’s top players, Chris Paul and Dwight Howard, were on the trading block and both reportedly interested in playing in L.A., basketball fans and insiders assumed that the Lakers would land one, if not both of them. Given the Clippers reputation as a moribund franchise, nobody believed they were seriously in the running, even though they had several attractive young assets.

Initially, it looked as though the scenario would play out as expected, with the Lakers reaching an apparent agreement on a three-team deal involving the Rockets and Hornets in which they would obtain Paul in exchange for Pau Gasol and Lamar Odom. Then at the last minute, the league – which currently owns the Hornets – set off a firestorm by nixing the trade for “basketball reasons.”

Still, history dictated that the Lakers would find a way to restructure the deal and get their guy. But that’s not what happened. Instead, a devastated Odom reportedly asked to be traded. Instead of giving their versatile big man time to cool off, in Clipper-esque fashion, the Lakers shipped one of their biggest trade chips to the Mavericks for virtually nothing (the Mavs 2012 first round draft pick.)

The Clippers swooped in amid the chaos and began serious negotiations with the Hornets for Paul, which culminated in a deal Wednesday night in which they sent Eric Gordon, Minnesota’s unprotected 2012 first-round pick, Chris Kaman and Al-Farouq Aminu to New Orleans for the four-time all-star point guard.

The trade gives the Clippers the best guard-big man tandem in the league with Paul and last season’s Rookie of the Year Blake Griffin, a combination reminiscent of Steve Nash and Amar’e Stoudemire during their glory days in Phoenix.

Paul wasn’t the only move the Clippers made this past week. Donald Sterling’s club won the bidding for veteran point guard Chauncy Billups, who can also play some two guard next to Paul, after he was waived by the Knicks under the amnesty provision. The club also signed gritty small forward Caron Butler and matched the four-year $43 million offer Golden State made to their up-and-coming restricted free agent center DeAndre Jordan.

With a formidable starting five and the best one-two punch in the league other than LeBron and D-Wade, for the first time ever, the Clippers have the makings of a legitimate rivalry with the Lakers. In fact, one could argue that they have a better chance than their Staples Center cohabitants to win the championship this season.

The Lakers were swept by Dallas in the playoffs last season, Phil Jackson retired and they completely mishandled the Odom situation, turning their biggest strength, their deep front line, into a weakness. They have numerous question marks heading into the season, including an aging backcourt, the relationship between Bryant and new head coach Mike Brown and as always, whether Bynum can stay healthy.

Yet, the Lakers still have the potential to be an elite team. Don’t forget, they’re just two years removed from back-to-back championships and last I checked, they still have one of the top five players in the world in Kobe Bryant. Pau Gasol and Andrew Bynum form a devastating power forward/center tandem and both are solid bargaining chips for a potential trade with Orlando for Howard.

The Clippers have weaknesses as well, particularly inexperience and a lack of depth down low, which will be crucial in this compressed season. With several new parts and very little time to gel, the Clippers probably aren’t ready to compete for a championship this season, though they’re legitimate contenders and they’ve certainly closed the gap between themselves and the Lakers.

As Blake Griffin said when asked about the acquisition of CP3, “When you hear the Clippers, it’s not going to be a joke anymore. I can guarantee you that.”

2 thoughts on “Which L.A. Team is More Likley to Win It All?”